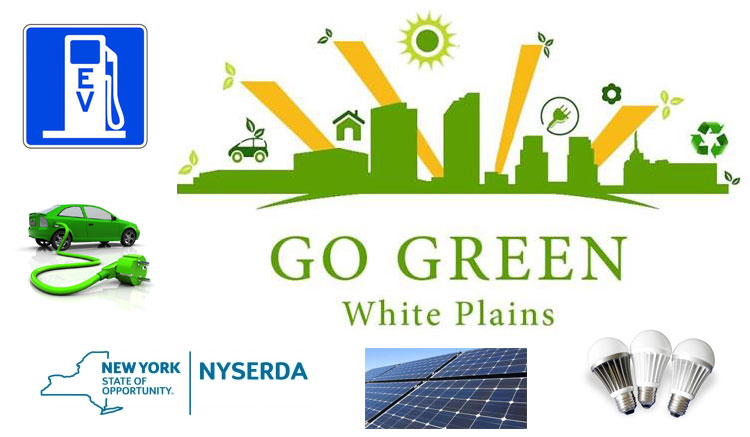 With green energy projects picking up steam all around the country, municipal leaders are becoming more receptive to exploring ways to convert decades-old infrastructure to greener alternatives that both save money and create a less negative impact on the environment. KathodeRay recently spoke with Mayor Tom Roach of White Plains, NY to discover how White Plains has been going green to save green.

The Green Economy Starts at Home

Mayor Roach has had a passion for environmental conservation since he was very young. Growing up in a well-forested area of White Plains, he spent much of his time exploring and camping outdoors. While in elementary school, he had an opportunity to perform in a school play that focused on how individuals can take action to make changes that could benefit that environment. This was a formative moment for Mayor Roach: “It imprinted in me that this is a wonderful, beautiful planet and we have an obligation to keep it that way,” said the mayor of the Westchester County seat.

He carried this desire to help the environment into his early political career on the White Plains Common Council. He took note of the efforts of other municipalities, citing the high-sulfur diesel ban in NYC after 9/11 as particularly inspiring. In 2011, the sitting mayor of White Plains announced his resignation from office. At the time, Roach was President of the Common Council, so he ascended to the Office of Mayor and handily won the follow-up special election.

Roach saw right away there was an opportunity to transition the city of 58,000 towards a more environmentally sustainable future. Not wasting any time, Mayor Roach quickly began work on his green energy opus – bringing solar energy to White Plains.

After sending out a Request For Proposals for any city property that could house solar panels, an unexpected partner emerged: the New York Power Authority. According to Roach, that collaboration really helped to move the project forward. NYPA stepped in, reviewed the RFP, expanded the recipient list, and acted as a consultant when reviewing proposals.

“That really helped weed out the ’salesmen’ from the rest of the qualified applicants,” the mayor said.

The results are evident. All over White Plains, solar panels can be seen; in their ice rink, on the roofs of all city parking garages, at the former landfill, and two parking lots. The leases for these panels draw in nearly $1 million a year in revenue, which in Mayor Roach’s words, “…really helps the public to understand the value of the solar program.”

After seeing such tantalizing revenue numbers and increased public buy-in, Mayor Roach kept the ball rolling with even more green initiatives. By converting the lights in the city to LEDs (and as one of the first NY counties to do it), the citizens of White Plains have saved over $600,000 per year in energy costs. Roach and his team have also focused on relamping the ballfields, and the new equipment installed there has reduced maintenance significantly. To guarantee the project would go off without a hitch, he again contracted with NYPA to handle the relamping.

White Plains is gradually transitioning city vehicles to electric. Mayor Roach cites the transition of garbage trucks as particularly onerous, but the tech is improving and he is hopeful that there will be a solution that is both environmentally and economically sound soon.  Westchester County has the biggest concentration of EV chargers in New York State. White Plains currently offers twenty-eight publicly accessible electric vehicle (EV) charging stations, the most in Westchester County. The EV charging stations are located in parking structures and lots throughout the city.

Recognition as a Green Energy Community

By 2017 White Plains was designated a Clean Energy Community by the New York State Energy Research and Development Authority (NYSERDA) in recognition of its leadership in reducing energy use, cutting costs, and driving clean energy locally.

In the 11 years since Mayor Roach took office, White Plains has become less fossil fuel dependent and, he says, taxpayer dollars are being saved every day as the city is in a continuous state of transition from the energy policies of yesteryear to a leader in municipal renewable energy.

Sharing in the Success

Roach believes that the economic benefits the city has experienced through implementing cost and environment saving measures can happen in your community too. According to Mayor Roach, the best part about all these green initiatives is how easily replicable they are. “Whether your communities are big or small, going green like this can make you money with zero capital investment…and the public will love the quality-of-life improvements.”

Roach is eager to share what he’s learned, “One of the best things about being a mayor in NY is that we talk to each other about what’s working and what’s not. If anyone has any questions about transitioning their communities to renewable energy, I encourage them to pick up the phone and call me. We are all in this together and I’m happy to help.”

Read about White Plains and their green programs!

Learn more in our July 2022 Newsletter